Founding PartnersTeam in EuropeTeam in China 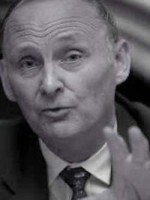 Christian Morel, born in 1945, achieved the trade and consular sciences degree and an MBA degree at the university of Antwerp, Belgium. Before taking up a management position at the telecom giant Alcatel, he had been active in the financial and medical sector. He founded and managed around 10 JV’s (Taiwan, India, China, Turkey, Russia), of which he was manager and/or president in the period 1983-2003. Holding a top management position at Alcatel Bell, he was one of the western pioneers to start up negotiations in China for the setup of Shanghai Bell. He is now honorary citizen of Beijing and Shanghai, and received the P.R. China Friendship Award in 1998. Up to now, he is still maintaining important relationships with China on cultural, educational and commercial level. He is the president of the China Europe Management Center and vice president of the Belgian Chinese Chamber of Commerce (BCECC). 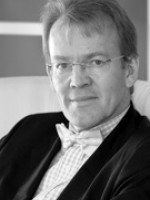 Guy De Clercq, born in 1964, obtained a master of laws degree and a master of economics from Ghent University. He gained professional experience in several SME and within Investco (the investment company of the former Almanij-Kredietbank Group). Being the financial advisor of several Belgian and international enterprises, he is managing his own corporate finance office ‘Verbaere, De Clercq & Partners’. Next to this, he is active as management partner within the brownfield redevelopment project company BroCap and within the investment fund ReGenius. He is the administrator of several companies in Belgium and abroad. 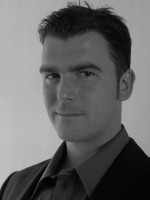 Bart Dauwe, born in 1978, obtained his master of Eastern Languages and Cultures (sinology) at Ghent University in 2000. After finishing an exchange programme between Ghent University and Shanghai Fudan University, he completed his education with a postgraduate degree of business management at Hogeschool Ghent. In 2003 he set up his own activities, focusing on sourcing and trading services for several (mainly) Belgian SME. He successfully executed sourcing & trading projects in a broad variety of industries: photovoltaics, railway equipment, food packaging, industrial piping, kegs, moulding, concrete products, spare parts etc. He relies on a solid network of technically skilled people in the most important economic regions of China. 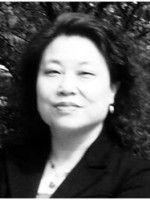 Jennifer Lu was born in 1967, achieved a Mechanical Engineering BS in Shanghai Jiaotong University, International Trade BA in Shanghai Foreign Trade Institute and MBA in Shanghai Fudan University. Been working in several multinational companies in position of Investment director or CEO, leaves her well placed to bridge the business knowledge gap between Chinese and foreign cultures. She has an extensive experience in M&A, JV set up and business operations. She has built up an excellent wide network with various companies and government officials，which will help you with your business development either in China or overseas. 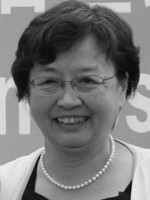 Yin Linggu was a member of the China Ministry of Posts and Telecom (MPT) team that negotiated foreign investment JVs and direct supply of switching equipment in the early 80′s.  From 1983 to 2000 she held the position of Director of Chairman’s Office of Shanghai Bell and she was instrumental in setting up and developing the company as well as setting up other foreign joint ventures.  She also acted as member of the board of director of several JVs. From 2000 to 2002 she joined the Ministry of Information Industry (MII) team negotiating the share transfer between MII and the telecom group Alcatel. Until 2004 she held the position of Secretary of Board of Director and Executive Vice President of Alcatel Shanghai Bell. Since 2005, she has been a senior advisor for European industries and private equity firms regarding company strategy, investment advice, cross border M&A and government relation. She is also a senior advisor for Chinese companies for outbound investment.

Yin Linggu has developed a unique experience in helping European to do business in China and in fostering cooperation between European and Chinese companies. 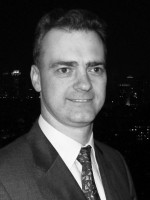 Etienne Charlier, born in 1964, obtained a Master in Electrical Engineering and a Bachelor in Philosophy from the Catholic University of Louvain as well as a MBA from the Sloan School of Management. He is working in China since 1995, where he first developed the ADSL business in China for Alcatel.  In 2005 he founded procurAsia, specialized in industrial sourcing services and in 2010 he started Pinchuang Energy and Environmental Solutions Limited, providing energy efficiency and conservation services to Chinese customers.

He is also currently a member of the Advisory Board of the Benelux Chamber of Commerce in China, and used to be a Board Member and Treasurer of the same Chamber.

Our Team in Europe 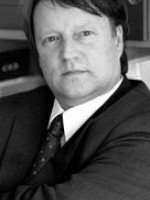 Eric has a degree in economics (UG). He was several years active in the corporate finance department of the university of Ghent (UG) and the Vlerick Management School, Ghent. Through the National Investment company and Leasinvest, he ended at the end of the 80’s at Investco, the investment company of the KBC Group. In 1993 he started his independent consultancy firm, and in 1995 he set up with Guy De Clercq VD&P Corporate Finance. Active ChESS shareholder and partner since 2008. He is administrator of several companies in Belgian and abroad. 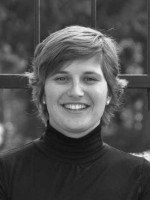 Nele De Graeve, born in 1979, obtained a Master degree in Trade Sciences (option finances) at Hogeschool Ghent. She started her career as a financial analyst at Verbaere, De Clercq & Partners nv. From 2004 onwards, she became responsible for the financial and administrative follow-up of several participations at the holding companies GandE nv and GE Holdings nv. Since 2006 she is also the financial controller at Cotton Invest Group nv.

Our Team in China 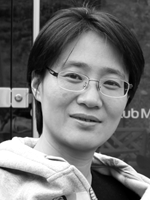 Iris Liu is born in 1970 and obtained her master degree of Mechanical Engineering from Shanghai Jiaotong University. She has worked for several multinational companies in position of Engineering Director and has rich experience in technical design, continuous cost improvement, subcontracting, project management and sourcing of products. She participated to various kinds of projects for introduction of technology from overseas to China and sourcing from China to overseas.

Her deep technology background combined with a great understanding of new products as well as her outstanding interpersonal skill are a strong asset to help clients find ideal partners and establish good partnership with Chinese companies. 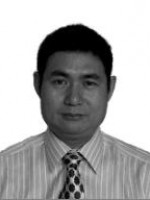 Jiankai Shen, born in 1964, obtained his Master degree of Engineering Management from the University of Alberta, Canada. He worked in China National Offshore Oil Corporation, China Construction Bank (Head office), Nestlé China Head Office, and a well-known Chinese private investment group before he started his own investment and consulting business in 2005. He has an extensive knowledge and experience in private equity investment and international merger & acquisition.

Shen Jiankai has previously been a consultant for multiple Chinese companies in there acquisition of shares in domestic and foreign enterprises (e.g. Germany, Switzerland, South Korea) and has invested himself in various sectors, mainly in the area of medical devices. This gives him valuable, broad and first-hand experience needed to meet our customers’ demands.